So playing catch-up is one of my all-time least favorite things to do. Back when I was in school, I would study crazy hard for the first test... because who likes to do poorly on the first one and then have to bring your grade up all semester? (Okay this is sort of a lie, I would study crazy hard for every test, be totally positive I failed, then would get an A. Yes, I was that annoying person. I'm sorry). So playing catch-up just sucks, which is what I am currently going through. I have been full-on sick (I may have said I was on death's door several times) for two and a half weeks. I actually just processed last night that I have most likely had the flu (really awesome nurse I am). You can imagine that literally nothing occurred in my house that was related to cleaning in ANY way. See example below:

I had been super on top of things a few weeks back. I was legit prepping for Christmas already, due to the fact that I really, really, really wanted to have a nice, fun, activity-filled December with the girls and Matt. Last December I had just taken my increased hour position so things were nuts, and the December before that I had Olivia and was graduating from nursing school. Not the most relaxed of holiday seasons as you can imagine. This year I am for real determined to do things... like make ornaments, decorate awesomely, actually enjoy going to get a tree, craft time, etc. I wanted to get all of the gift-buying stresses out of the way so we could exist in a less-insane way. I also have two children with December birthdays which adds a whole new level of cray cray to the month. Enter the most miserable epic exhaustion/body aches/congestion/horrendousness with my hubs out of town for a chunk of it... and now I am back to square one AND I am trying to clean the pig sty known as my home.

I won't regale you with the loveliness that was the four days Matt was out of town. I know I normally do, but last time it was pee ... this time it was poop. I'll end there. It was bad. That is all I will say. Praying it isn't vomit the next time he is gone.

I feel like most things over the last two weeks are a total blur. I was fully determined that I was getting over my "cold" so I somehow powered through and still did a lot despite wanting to curl up in a ball and sleep/hide for nearly all of it. The following is a random assortment of things that occurred/pics I found in my phone and I am happy I took because I felt so bad and don't really remember anything.

-Summer had her visitor's day for her ballet class. Totally adorable and so happy. 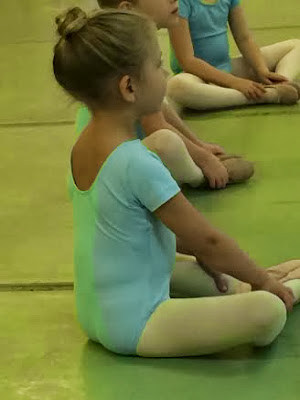 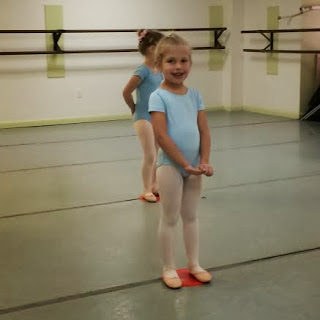 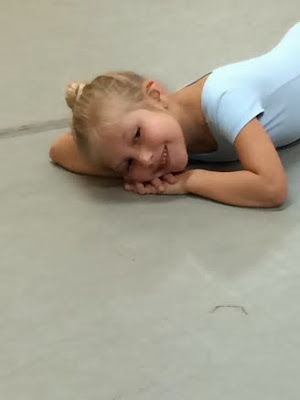 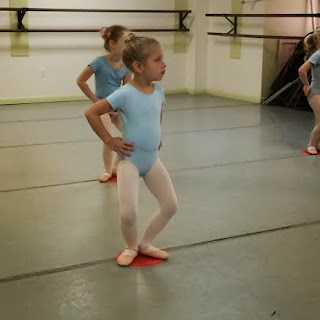 -Some random pics that prove that they did survive with mommy just floating around or on the couch:


-When Matt finally returned, our anniversary the next day. Seven whole years of marriage. No itch here! I was officially determined to enjoy the day and have fun, despite feeling awful. We ended up going out to watch the Redskins game, then to dinner that night. It was a great, adult, wonderful day with my wonderful hubby. I really don't know how I got so lucky to marry my favorite guy in the world. Like I said on facebook, I love him more today than I did on our amazing wedding day. :o) I have started and re-started a post dedicated to him but nothing really encompasses how I feel. I'll get it right sometime, I promise. 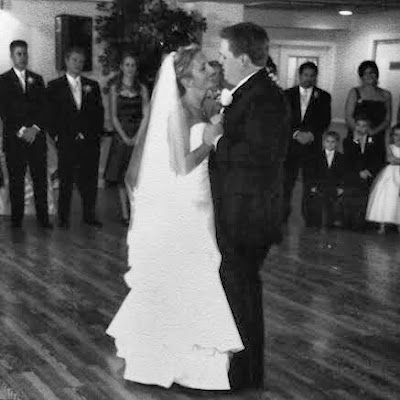 We returned home to an adorable drawing from Summer. 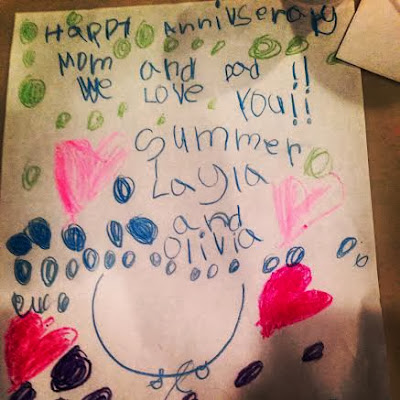 The bottom part is my necklace I wear that has each girl's initial. Love them. And Matt. Life is good.

-I pulled it together to go with some neighbors to the last ever ACC home game at UMD. Being alumni and having been a diver there, I am especially sad that the Terps will no longer be in that conference. It was a great time tailgating despite the chilly weather.

-I also pulled it together to go to the P!NK concert at the Verizon Center last Sunday with my sister and a few girlfriends. This had been planned for a very long time, and there was no way I was missing it. Now I definitely liked her before, but now I LOVE her... and feel a major need to go to the gym because that woman's abs were out of this world. Now I have been to many concerts in my life, but this was by far the most amazeballs one ever. Not only does she have an out-of-control voice and she did not lip-sync one single second the entire two hours she was on, but she did cirque du soleil-meets-phenomenalness the entire show. It was entertainment. She is a serious performer and I would pay a lot more money to go to see her again whenever she comes back.


-Bright and early the day after the concert (hooray), Layla had her Thanksgiving party at school. (I was so excited I signed up for cups and didn't have to actually make anything). She was thrilled that Matt, Livi and I came and we watched her sing a bunch of songs in her little pilgrim hat.


-We got the girls' school pictures in. So stinkin' cute (I am biased, I know): 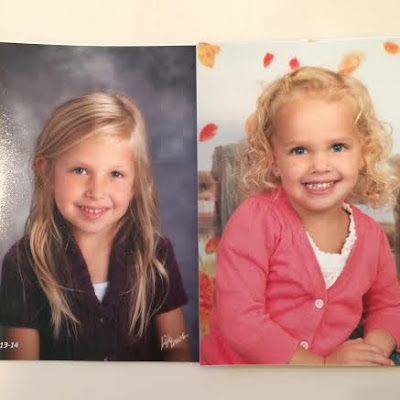 -So now the catch-up continues. And I am feeling better. I am so done with waiting for Thanksgiving to be over to decorate for Christmas, so I began yesterday: 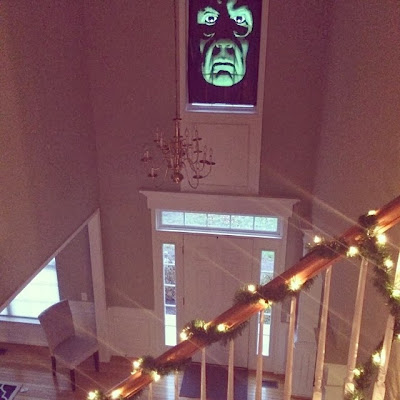 I called it, "Multiple Holiday Decor Disorder." When I posted this picture yesterday, I did get some fabulous ideas to just leave him up... including the grinch and Jacob Marley.

So. There is the randomness that is this post. Maybe my brain will be a little more sorted out next week. Hope everyone has a safe and enjoyable Turkey Day! 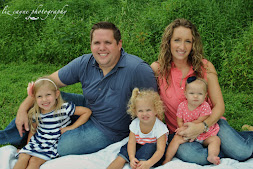